You are here: Home / Education / Outreach

At del Barco lab we are strongly committed to the education of young students, especially underrepresented groups of the population. UCF at Orlando is an education center with a strong influence on the high school student population in which a significant portion is speaking Spanish. UCF statistics reveal that 11.6% of the current student population is Hispanic, with one of the highest growth rates in the nation during the last years. Moreover, it is expected that the Hispanic minority will reach 25% of the US population in 2040. Spanish is the PI’s native language. Therefore, the PI will use this advantage in communication to attract Hispanic minorities to science, in general, and to the university, in particular.

Created originally as part of a National Science Foundation CAREER award, we have implemented an active outreach program to reach high school students interested in any aspect of physical science, with the objective to motivate them to select their future careers in this scientific discipline. The project is specifically directed to Hispanic and female students and its two-fold oriented. On the one hand, the student will be involved with the research carried out in our laboratory at the UCF physics department, with the possibility to spend the Summer semesters with us (or even the whole academic year).

On the other hand, the student will be involved in the maintenance of the online blog highschoolscience.ucf.edu intended to introduce different aspects of nanoscience and nanotechnology (with special emphasis in the results achieved at UCF), which is offered in both English and Spanish. The program started in Summer 2008 and so far, a large number fo highschoolers have performed research at UCF arranged through the blog.

We are also very interested in having little kids interested in science. Below, there are some photographs of a scientific demonstration at Stenstron Elementary School for kinder garden students. It was THE BEST! 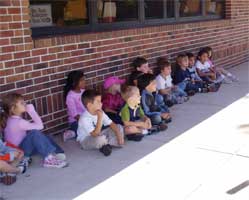 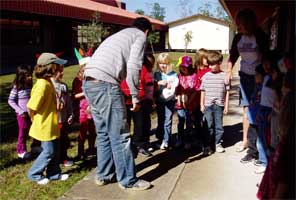 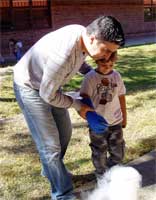 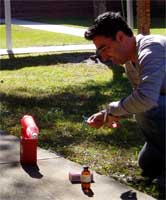 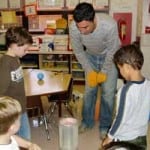