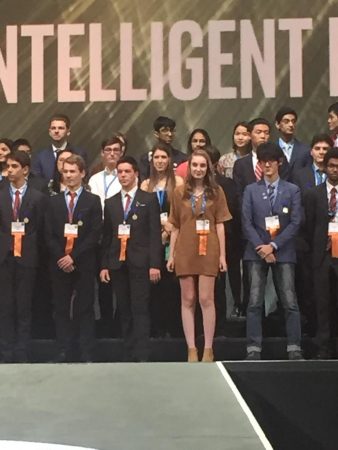 Parker Coye, a high school senior collaborating in our group, has won third place in Physics in the International Science Fair in Phoenix 2016!. This is truly remarkable, but no surprising if you know this brilliant lady. Have a look below to learn a little bit more about her research and accomplishments!

…and wins the State Science Fair!

This is the highest recognition a k-12 student receives in Physics at the state level in Florida. This is a remarkable achievement by Parker, in her third year with us at UCF, assisting Marta Anguera, a PhD student in our group, to develop graphene-based single electron transistors for the study of electrical transport through individual gold nanoparticles under optical stimuli.

In addition, and in the same competition, she received a scholarship to the New College of Florida and the “Most Outstanding Exhibit in Computer Science, Engineering, Physics, or Chemistry” from the Yale Science and Engineering Association!

Because of this, she will be competing in the International Science and Engineering Fair in Phoenix, Arizona in May!

Our best wishes to you, Parker. We are sure that you will destroy them in Arizona!! 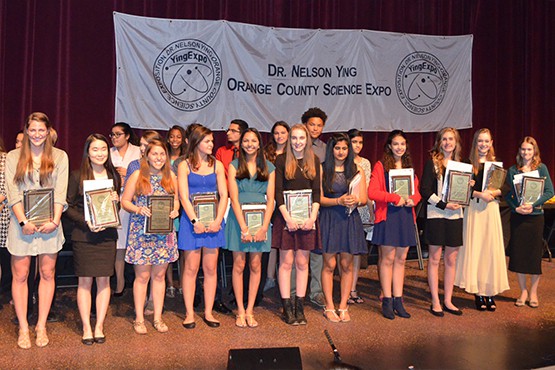 This earned her a bid to the State of Florida Science fair in Lakeland; a bid to the Orlando Science Center Fair and an all expenses paid trip to ISEF (the International Science and Engineering Fair) in Phoenix, Arizona (2016)!

…and First in Physics and Astronomy at the Orlando Science Challenge competition!

(March 2016) Parker follows the steps of her sister Austin, who won everything it can be won by a high school student in science competitions!