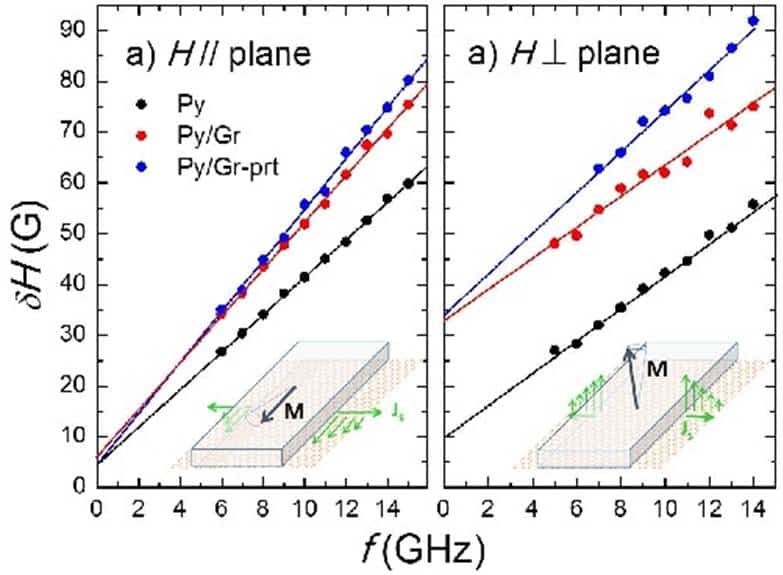 We present a study of dynamical spin injection from a three-dimensional ferromagnet into two-dimensional single-layer graphene. Comparative ferromagnetic resonance (FMR) studies of ferromagnet/graphene strips buried underneath the central line of a coplanar waveguide show that the FMR linewidth broadening is the largest when the graphene layer protrudes laterally away from the ferromagnetic strip (as shown in the figure above), indicating that the spin current is injected into the graphene areas away from the area directly underneath the ferromagnet being excited. Our results confirm that the observed damping is indeed a signature of dynamical spin injection, wherein a pure spin current is pumped into the single-layer graphene from the precessing magnetization of the ferromagnet. The observed spin pumping efficiency is difficult to reconcile with the expected backflow of spins according to the standard spin pumping theory and the characteristics of graphene, and constitutes an enigma for spin pumping in two-dimensional structures.